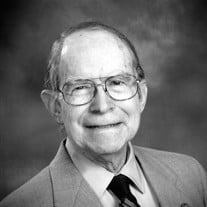 Arthur Degen Kohler, Jr., 83, died October 28, 2019 in Kennewick, WA. Art was the son of Arthur Degen and Alice Toepperwein Kohler, born and raised in San Antonio Texas. Growing up, he excelled as a student, developed a love for automobiles working at a local garage, and learned to shoot from his famous marksman uncle Adolf Toepperwein. He attended Rice University earning a bachelor's in Mechanical Engineering. While there he was accepted into the Navy ROTC program and went on to serve 10 years on active duty and finished his military career in the reserves, earning the rank of Commander in the Navy Civil Engineer Corps (the "Sea-Bees"). The Navy sent him to UC Berkeley for his masters in Nuclear Engineering, and while there he met his first wife, Carolyn James, at a church group. The high point of his Navy career was a 13 month assignment in the Antarctic managing the nuclear power reactor at McMurdo Station. After retiring from active duty, he worked for the U. S. Atomic Energy Commission (1969-1970), Consolidated Edison of New York (1971-1976), and the former Washington Public Power Supply System (1976-1992). Over his career, he supervised construction and completion of three of the ninety-nine commercial nuclear power plants currently in operation in the U.S., two in New York and one at Hanford. Upon retirement he used his management and strategic planning skills to assist churches and non-profit organizations. He was an avid trout fisherman, enjoyed exploring back roads (taking longcuts, rather than shortcuts), and loved tinkering on his cars. He never lost his love for the Texas Hill Country, and enjoyed returning for Toepperwein family reunions. He was a long-time member of All Saints' Episcopal Church, the Richland Rotary Club and Three Rivers Folk Society. Although not a musician himself, he loved music, particularly classical and folk. As his health began to limit his activities, music became even more important to him, and attending concerts and folk sing-alongs gave him great joy. When he was diagnosed with Alzheimer's in his late seventies, he wanted to fight it with everything possible; however, he also wanted family and friends to know how grateful he felt for a long life, lived well. He is survived by his daughter Ellen Kohler Baer and her husband Don; his second wife Sharon McLees Kohler and her family; grandsons, Jonathan Baer and Dr. Nathaniel Baer, and his wife Dr. Julie March; and two great granddaughters, Coralie and Ahna. Art is preceded in death by his parents, his sister Colette, and his first wife Carolyn James. A memorial service for Art will be held at 1 pm Friday November 22 at All Saints' Episcopal Church, 1322 Kimball Ave., Richland, with a reception following. In lieu of flowers, the family suggests memorial gifts be sent to Mid-Columbia Mastersingers Youth Choir (www.mcmastersingers.org).

Arthur Degen Kohler, Jr., 83, died October 28, 2019 in Kennewick, WA. Art was the son of Arthur Degen and Alice Toepperwein Kohler, born and raised in San Antonio Texas. Growing up, he excelled as a student, developed a love for automobiles... View Obituary & Service Information

The family of Arthur Degen Kohler Jr. created this Life Tributes page to make it easy to share your memories.